Some games of chess end suddenly and with an unexpected result. 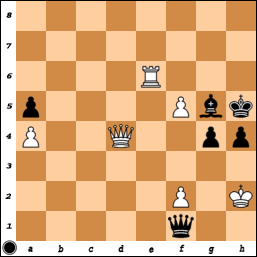 This position looks very good for White and one would expect him to go on to win, thanks to his material advantage very active pieces. Indeed, the black king, faced with the threat of 61 Qh8+ with checkmate to follow, appears to be in a lot of trouble. However, Gelfand was aware of a very unusual possibility here. 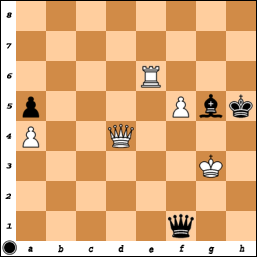 It is not easy to see what Black has achieved by giving up two pawns for one, but the trap is still ongoing.

There followed the amazing move 62 …Bf4+, forcing White to capture the bishop with 63 Qxf4 (the only way to get out of check). 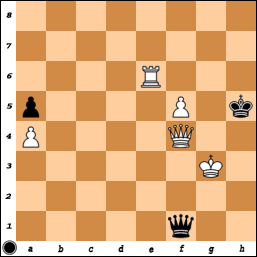 This now looks even worse for Black than the original position, but there is still one more twist.

Suddenly the game is a draw – by stalemate!

A remarkable and unexpected conclusion. Chess players who build up resilience and resourcefulness can sometimes conjure up such chessboard magic. A memorable example to us all!