Pre-tournament favourite Michael Adams went on to win the 2018 British Chess Championship but not without having to endure a nervy play-off against Luke McShane.

Interestingly, three of the play-off games were decided by elementary tactics. All chess players know pins, forks and skewers but when the pressure is on and the time on the clock is about to run out instinctive moves can turn out to be faulty. Every player in the world knows only too well the feeling of letting go of a piece and then understanding, immediately afterwards, that a big chance has been gifted to the opponent.

When the opponent is Michael Adams there is little chance of survival, as the following examples ably demonstrate. 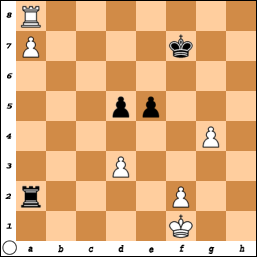 White’s passed a-pawn is the decisive factor in this endgame. If the rook moves from a8 then Black can capture the precious pawn with his own rook. Meanwhile, it looks as it the black king can simply walk across to b7 and round up the pawn. However, there is a common trick here with 45 Rh8! The threat is to promote the pawn with 46 a8=Q and if Black captures the pawn now with 45 …Rxa7 then 46 Rh7+ skewers the black king against his rook, so Black resigned. 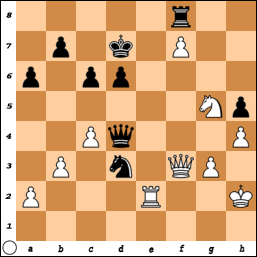 Another big passed pawn gives White a winning advantage and he could already play 52 Ne6, forking the black queen and rook. However, Adams went for the maximum by first playing 52 Qf5+ and after 52 …Kc7 the fork was even more serious. 53 Ne6+ and Black resigned, as his king, queen and rook are all forked by the powerful knight on e6. 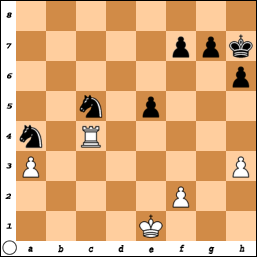 This endgame is much better for Black but the game came to abrupt end after the mistake 44 Rb4? allowing Black to conclude the tournament with another knight to remember. 44 …Nd3+ and another deadly knight fork ends White’s resistance.

Of course, there is no way Luke McShane would fall for such tactics under normal circumstances but on the day of the play-off the intuition of Michael Adams was just a little bit sharper.

These examples show the importance of mastering the elementary tactics of chess. When the pressure is on and the moves have to come instantly then recognition of the patterns can make all the difference.