World Champion Magnus Carlsen is currently playing in the Biel Grandmaster Tournament, which will serve as one of his last opportunities to play before he attempts to defend his crown in November’s title match against Fabiano Caruana.

Carlsen is already in sole first position after just two games, having won both of them in good style.

In the first round the champion revealed the form he is on when he showed excellent judgement in giving up his queen early on the game, knowing he would receive sufficient compensation in return. 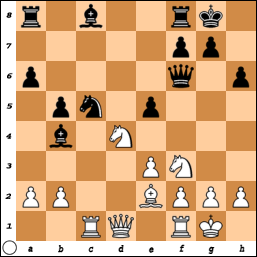 Black appears to be doing well here. The white knight is under attack and the only available retreats – to b3 and c2 – don’t look particularly satisfactory at first glance. However, Carlsen has seen deeper into the position.

Attacking the bishop on b4. If the bishop retreats to a5 then White will fork the minor pieces with 16 b4! However, Navara must have been happy to play 15 …Rd8 instead, attacking the queen, which has no safe squares. Carlsen showed his idea with 16 Nxb4 and after 16 …Rxd1 17 Rfd1 the players reached this position. 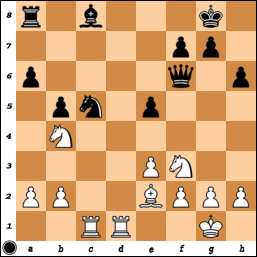 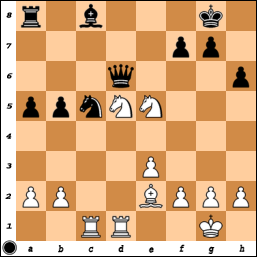 If Navara now plays 19 …Qxe5 then Carlsen will capture the knight on c5 with his rook.

The material balance is currently equal, with rook, knight and pawn matching the queen. Furthermore, White’s pieces are all nicely placed and very active, whereas Black still needs to develop his rook and bishop. Carlsen’s judgement turned out to be correct and even though Navara was certainly not losing at this point he started drifting later on in the game as the queen looked less and less likely to outplay Carlsen’s collection of pieces.

In typical style, Carlsen was able to increase the pressure in the endgame until cracks began to appear in Black’s position. 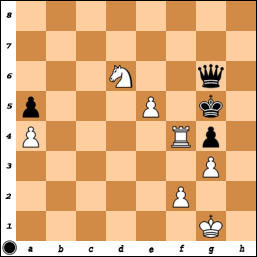 This is the position after Carlsen’s 58th move (Nf5-d6) and it clearly shows how the white pieces are outplaying the queen. Navara now played 58 …Qe6 and Carlsen increased his advantage with 59 Rf5+! As both 59 …Kg6 and 59 …Kh6 allow the rook to fork the king and queen with 60 Rf6+, Navara had little choice but to capture the rook right now with 59 …Qxf5 and after 60 Nxf5 Kxf5 he can win one of the pawns also, which is precisely the trade that occurred earlier in the game (queen for rook, knight and pawn). Unfortunately, Carlsen has managed to pick up another pawn between then and now and the endgame is an easy win for him.

Navara resigned a few moves later, in this position. 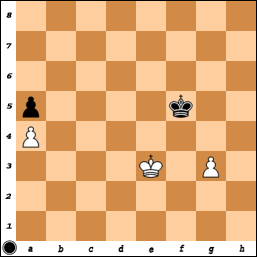 If the black king goes to capture the g-pawn then the white king will run over to the queenside, capture the a-pawn and promote the last remaining pawn.

Carlsen showed great flexibility in his thinking when he decided to trade his queen for a collection of other pieces. Most juniors would cling to their queens no matter what, but it pays to remember the actual value of the pieces and to understand that an unusual trade can be very effective under the right circumstances.