Blunders by the Best (1)

Imagine you are playing against one of the world’s greatest players – and you have a chance to win!
Would you be able to find the path to victory, despite feeling under pressure?
Our next few blogs will feature positions in which players competing at the highest level make surprising errors. See if you can spot the winning moves.
One of the most famous blunders in the history of chess occurred in this position. 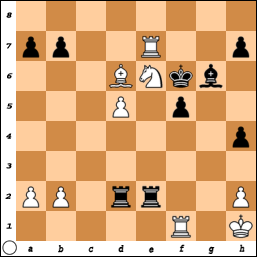 Chigorin – Steinitz
World Championship Match, 1892
White to move
10 wins were required to take the title. Wilhelm Steinitz, the defending champion, was leading 9-8.
Mikhail Chigorin is winning here and with a little care he would have levelled the match. However, he failed to find the best move and instead he tried 32 Bb4 to attack one of Black’s rooks. This is, however, a big blunder.
Steinitz now seized the opportunity to win this game and retain his title. 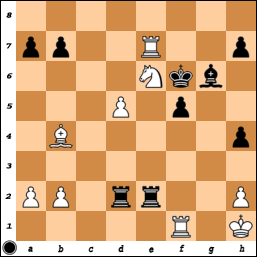 Chigorin – Steinitz
Black to move and win
What did Steinitz do to win the game?
Answer next time…