The venue is the Riviera International Centre in Torquay and the event will run until 4 August.

There are lots of sections, as can be seen by clicking here.

One good way to improve at chess is to watch the games of strong players and try to work out the moves they will play. The games from the top section of the championship can be followed, live, here.

Yesterday’s first round produced plenty of interesting chess and here is a particularly bright moment. 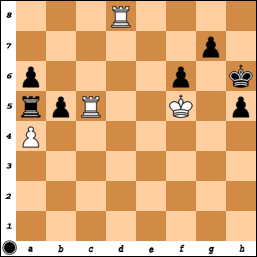 Watch the games and see if you can spot the tactics before they happen!