We said there would be more twists and turns at the Berlin Candidates tournament and the games in yesterday’s penultimate round didn’t disappoint.

It is never easy to bounce back after any defeat but Caruana, with the eyes of the chess world upon him, won a tough battle against Aronian to move half a point ahead of both Mamedyarov (who also bounced back with a win, against Grischuk) and Karjakin.

Aronian, a pre-tournament favourite in the eyes of many observers, has been some way short of his best form. Yet he has kept on playing very adventurous chess and remains highly dangerous. 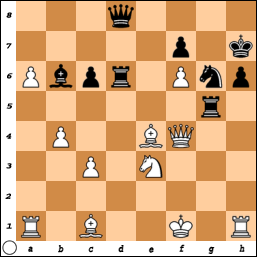 In the final round, which will be played this afternoon, Caruana has Black against Grischuk. Should he play to win, which would entail great risk, or try to make a draw?

Karjakin has White against Ding Liren and Mamedyarov has Black against former World Champion Kramnik. The remaining game is between So and Aronian.

Four players – Caruana, Mamedyarov, Karjakin and Ding Liren – still have a chance of becoming the challenger for Magnus Carlsen. It is unusual to have so many players in with a shout at this late stage. A complicated tiebreak system may be required if two or more of the players share first place.