The exciting Berlin Candidates tournament is now over and the official challenger for World Champion Magnus Carlsen is Fabiano Caruana.

Caruana was the only winner in yesterday’s games. Showing great determination, he played a long game against Grischuk and managed to beat him with Black. The win left him a whole point clear of Mamedyarov and Karjakin and there was no need to go into the complicated tiebreak rules.

This is the final position, after Caruana has played 69 …Kf4-g3. 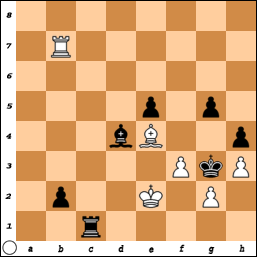 With a passed-pawn just one square from promotion and the White kingside pawns about to fall to the king, Black’s advantage is overwhelming. Grischuk resigned here.

The American Caruana thoroughly deserves his success. He bounced back from his defeat to Karjakin in round 12 to win his last two games in style. 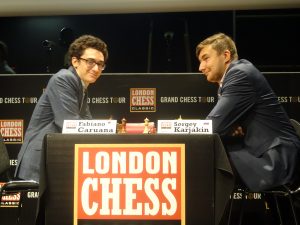 Can Caruana become the next World Champion by defeating Magnus Carlsen in their match this Autumn? Will the match still take place in London or will the American dollar lure the whole thing away, as the USA throws its financial weight behind trying to produce their first World Champion since Bobby Fischer, back in 1972?