There is a fierce battle going on at the Berlin Candidates tournament, with eight of the world’s top players desperately trying to become the official challenger to World Champion Magnus Carlsen.

Fabiano Caruana looked to be in control of the tournament but a dramatic defeat to Sergey Karjakin has turned things around and Karjakin, who lost a very close title match to Carlsen in 2016, is now in the top spot.

It usually takes something special to beat a player who is on great form. Karjakin found a very creative idea in this position. 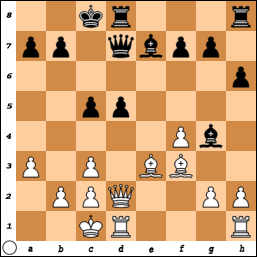 Karjakin sacrificed the exchange with 17 Bxd5!! and after 17 …Bxd1 18 Rxd1 Qc7 19 c4 the bishop was firmly cemented in to the d5 position, spreading it’s power all across the board. It is important to note Caruana doesn’t have any knights, which would have been able to swap off the strong bishop. The advantage of the bishop over Caruana’s rook was a theme throughout the game and is clearly shown again in the final position. 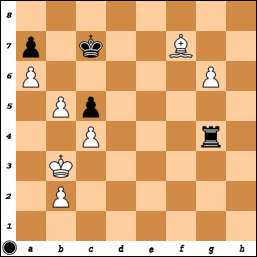 Caruana resigned here, as his position in this endgame is clearly hopeless. Note how annoying it is for the rook to see a bishop and a pawn defending each other.

Although Caruana is level on point with Karjakin, the latter’s tiebreak is currently better (as he has now beaten Caruana in one of their individual games).

Shakhriyar Mamedyarov looked to be the one most likely to take advantage of a slip by Caruana but he also lost in the most recent round, to Ding Liren.

There are now just two rounds left and I’m sure there will be more twists and turns before we discover which candidate will emerge as the official title challenger.

Further information can be found in various places, including the official website.