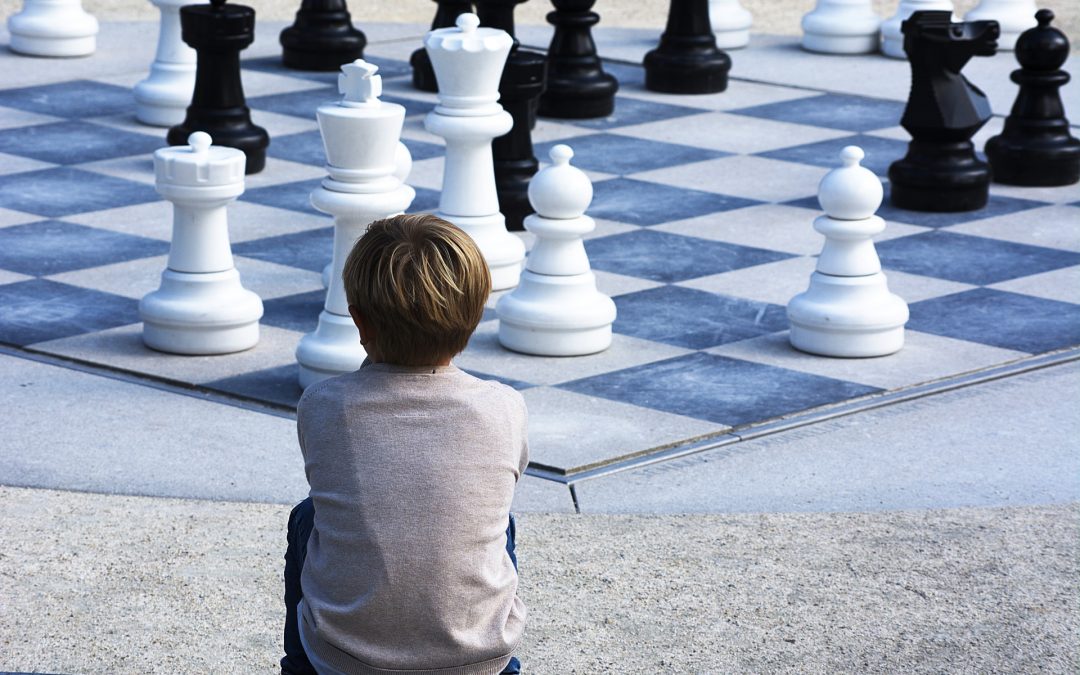 Between 20% and 25% of children are classified as ‘special needs’ and diagnosed with a wide range of neurological conditions. For many of these children, chess can have a dramatic effect on their lives. But it is exactly these children, who have the most to gain from chess, who will, in many cases, and for a variety of reasons, not consider joining a school chess club, or perhaps not enjoy it if they do join.

Although children with more general learning difficulties will probably struggle with chess, many children with dyslexia, and also other conditions such as Non-Verbal Learning Disorder can and do excel at chess. Indeed, many dyslexics have a very strong visuo-spatial awareness which can come in very useful over the chessboard. Although some of these children may not enjoy reading, there are now many other ways of accessing chess information, so this is not necessarily going to be a handicap. For those who may not meet with a lot of academic success, success at chess, using their visuo-spatial talents, will give their self-esteem an enormous boost.

Children with physical problems such as dyspraxia may not be able to excel at most sports, but chess will provide them with a competitive arena in which they may be able to excel. They might be the last to get picked for the football team, but if, while their friends are kicking balls around, they are studying chess, they’ll be the first to be picked for the chess team. Not being good at sports is tough, especially for boys where popularity is often defined by success on the sports field, and, for these children, chess will be one of the few outlets available for their competitive spirit.

I’d be the first to admit that having an ADHD child in your classroom or chess club can be a nightmare, but many children with a diagnosis of ADHD, while easily distracted and unable to concentrate on something that doesn’t interest them, can hyperfocus on something in which they are really interested. And that something might just be chess. So give chess a try – it might just be something that will help them concentrate and focus, and perhaps understanding that they can pay attention during a chess game will help them pay attention in the classroom as well.

For many children with communication and socialisation problems, chess can be something very special, and I speak with considerable experience here. Children with a diagnosis on the autistic spectrum often prefer quiet, low-stimulation environments. Some of them also have a high IQ, a strong logical-mathematical brain and powers of intense focus. For children like this, chess is the ideal hobby. Several prominent chess players have diagnoses of Asperger Syndrome, and many others have significant autistic traits, and, in my experience, the chess world is, by and large, very tolerant of differences. The child who finds himself alone and out of place in the real world may well find, in the world of chess, somewhere he will feel at home, among like-minded people. Chess isn’t for all autistic spectrum children, but for some, discovering chess can be a life-changing experience.

Yet many of these children may not consider joining a chess club. The dyslexic children may be accustomed to academic failure and think chess is not for them. The dyspraxic children may be switched off to the whole idea of competition by their lack of sporting success. The ADHD children may feel they won’t be able to concentrate and will get into trouble. The AS children will often be non-joiners who don’t volunteer for group activities, and if they do join their school chess club they may find that it isn’t always as quiet or predictable as they might like.”