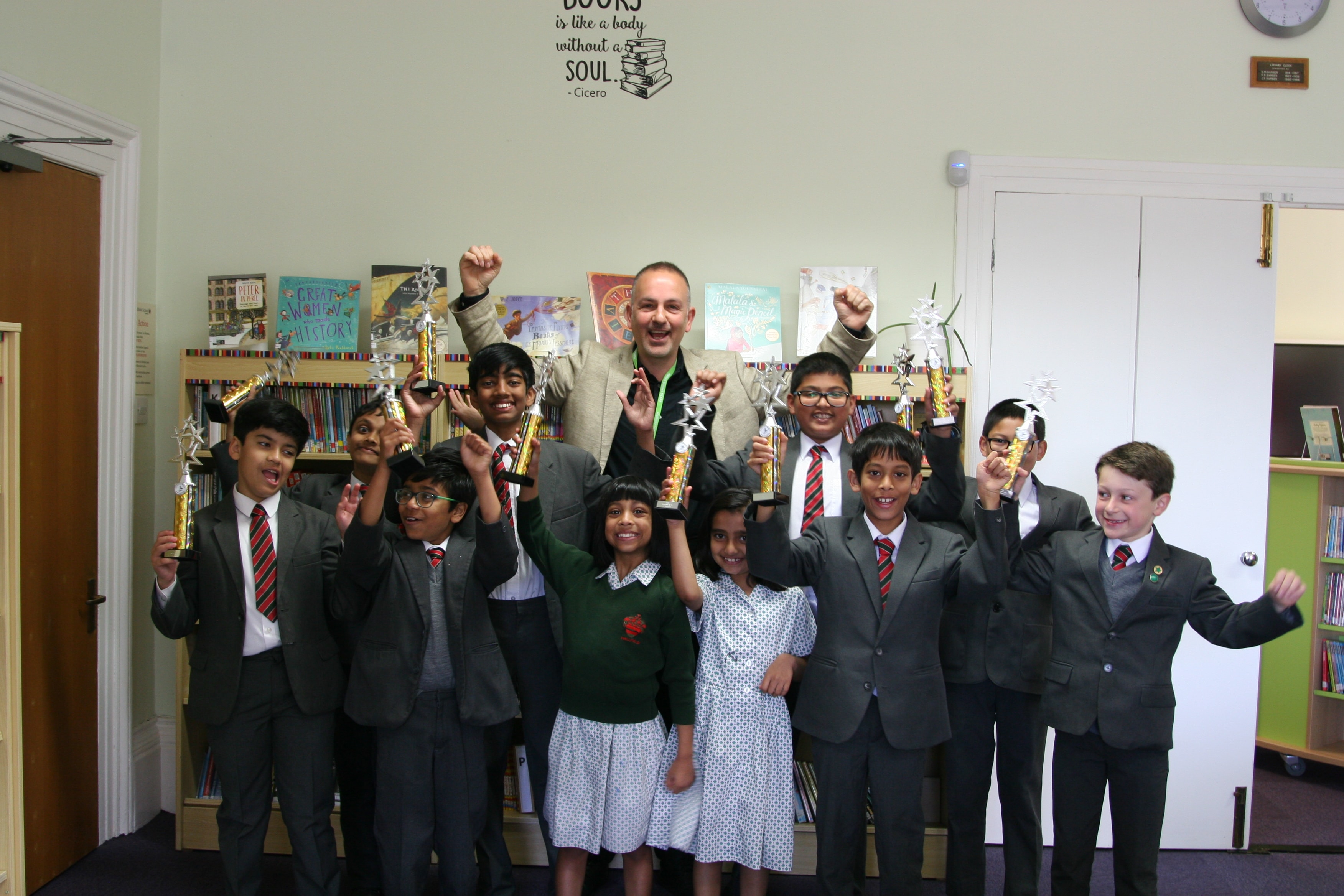 Although the UKCC is an individual competition we do like to draw attention to strong performances from schools. In a ‘Mega’ performance Hallfield School have managed to produce 10 Supremo/as in the 2019 Megafinals – a fantastic achievement. The full list of winners as follows:

How many will qualify for the Terafinal…?

I am delighted with my players. Hallfield has recently gone from strength to strength and is partly responsible for the resurgence of junior chess in Warwickshire and the West Midlands in the last few years. Half of the county U11 and U9 teams are students at Hallfield School. We are also lucky to have the excellent Coventry Chess Academy (CCA) just a short drive away which many of our top players attend regularly on Saturdays and many also receive one-to-one coaching from the CCA Director Paul Lam. I’ve known Paul for many years and consider him to be one of the most hard working and effective junior chess coaches in the country. The other cog in the wheel is Alex Holowczak who took over the role of Secretary for Junior Chess in Warwickshire a few years ago and has done a tremendous job organising the county teams and running a series of local junior tournaments.

Junior chess is thriving in London and the South of England and it can only be good that other pockets of excellence are starting to crop up in the midlands and north of England to give them a run for their money.

Many thanks to The Delancey UK Schools’ Chess Challenge for running such an excellent and constantly improving tournament and I wish all Gigafinal qualifiers the best of luck at their chosen event.